Unlike our other blog posts, the title of this post is no play on words. Yes, it is about snake bites. I am no expert, but will reproduce information given at a recent session conducted by Snake Researcher, Dr Kedar Bhide, to spread awareness.

The session was an eye-opener! The first question Dr Bhide stunned me with was: “All those of you who call yourselves snake-rescuers. Are you really rescuing the snake? Or are you rescuing the humans from the snake by taking it away from areas of human habitation?”

This is worth thinking. We have always assumed the world revolves around the existence of humans, and rarely begin to think from the snake’s point of view. As snake-rescuers in the crowd sheepishly admitted to their misplaced goals, Dr Bhide pointed out the various problems and mistakes in snake ‘rescue’:

Dr Bhide is a conservationist and strongly promoted the need for awareness and the need to work WITH the community to understand snakes. He has rightly stated that snake bites is predominantly a problem of the poor, as they are the ones who are involved in farm labour or grass-cutting. Thus, the issue has received very little attention from government bodies. The ignorance of the people and the apathy by officials has worsened a completely manageable problem. Snake bites continue to attract social stigma and often results in the death of the bread-winner of the family, plunging the family into further poverty. For example, the holy city of Benares does not allow the cremation of snake-bite victims. However, the general public is quick to offer milk to captured snakes and treat them on ‘Nag Panchmi’ (Nag Panchmi is another evil in which snakes are captured and starved for several months. Often, their teeth are torn off their mouths without anaesthetic, or their mouths sewn shut. A starved and dehydrated snake will eat/drink anything, and thus it attempts to drink the milk offered even though it doesn’t have the digestive juices to digest the milk proteins).

Dr Bhide raised the concern of lack of research in herpetology in India. Most research is related to taxonomy but very few consider issues such as community involvement, snake health, study of their biodiversity, etc. So young people interested in research – this is an excellent time for you to contribute to the area of snake study and conservation.

The Indian law has done little to protect snakes. In a recent incident in Thane, Hindustan Times reported how snake rescuers found a python in Mumbai curled up in a hole in a tree. In order to reach it, they requested the help of the Municipal tree-cutting officials to trim part of the tree so the rescuers could reach the snake. In their half-hearted effort, the officials cut the tree branch carelessly, cutting the python hidden inside in half! As I shared the news with my family, each of us were filled with remorse for the innocent (and non-venomous) snake that died due to government apathy. Read about the incident here. This is why Dr Bhide calls the situation ‘a lost frontier’ (a phrase I have used in the title to reflect his views).

Children and adults alike harbour an irrational fear of snakes thanks to wrong information, insufficient guidelines, and also myths that are part of our culture. So in reality, in the case of a snake bite, what must one do?

Do what is R.I.G.H.T. This acronym should help you remember to:

In Marathi, ‘Dheer dya, Stheer theva, Hospital-la nya.’ How hard is it to remember that?

There is only ONE TREATMENT for snake bites and that is the use of Antivenin. All hospitals are bound by law to have 10-20 units of antivenin. The treatment involves administering 10 vials of antivenin through IV ONLY BY A REGISTERED DOCTOR. So don’t try any tricks yourself.

By law, the administration of anti-venin is FREE and funded by the government. You are entitled to be treated immediately at no cost. Hospitals often trick patients/relatives by forcing them to ‘replace’ the used anti-venin vials which cost about Rs. 450 per vial.

Keeping your fear aside, remember that only 1 in 63 snake bites in India actually have venom. That means majority of the bites are ‘dry-bites’ (no venom) this is because most bites are caused by the snake being afraid of the human approaching it and was not prepared for or didn’t want to waste its venom on a non-prey. Snakes are very intelligent creatures…they are not an avatar of the devil.

How to prevent snakes from entering a human residential area:

Dr Bhide expressed his regret that there is still very little interest in improving technology and know-how regarding snakes in India. We have an amazing diversity and eco-system that supports a variety of species. Yet we use technology from 1958 for producing anti-venin. Thus, the potency is 1/10th of that which is found in other countries. Funding is also necessary to map and document snakes to develop an anti-venin standard.

Snakes are not your enemies. In fact, considering that 28% of foodgrains produced in India are destroyed by rats, snakes become an important part of our food-production and storage. Besides, they, like us, are also residents of this planet and we need to respect their space as much as we do our own.

To read more about snake conservation or to understand snakes better, take a look at Dr Bhide’s website: http://kedarbhide.com/snake-conservation/

To find a snake-rescuer near you, check this site: http://www.indiansnakes.org/

To read a research paper and more details on FIRST-AID, check this PDF: http://www.japi.org/august_2016/01_editorial.pdf

(About the Author: Rachael’s idea of partying is attending such sessions that fill her with wonder and knowledge about the world around us.) 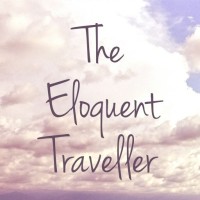 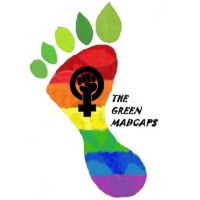 If you can, do.
wanderingfeetnet.wordpress.com/

Living in gardens of blooming flowers, with a mind and a soul wanting to grow into an enigma; a display of these conversations within my mind, trying to portray them as beautiful as they are to me me in my minds Neverland. Gleam On!